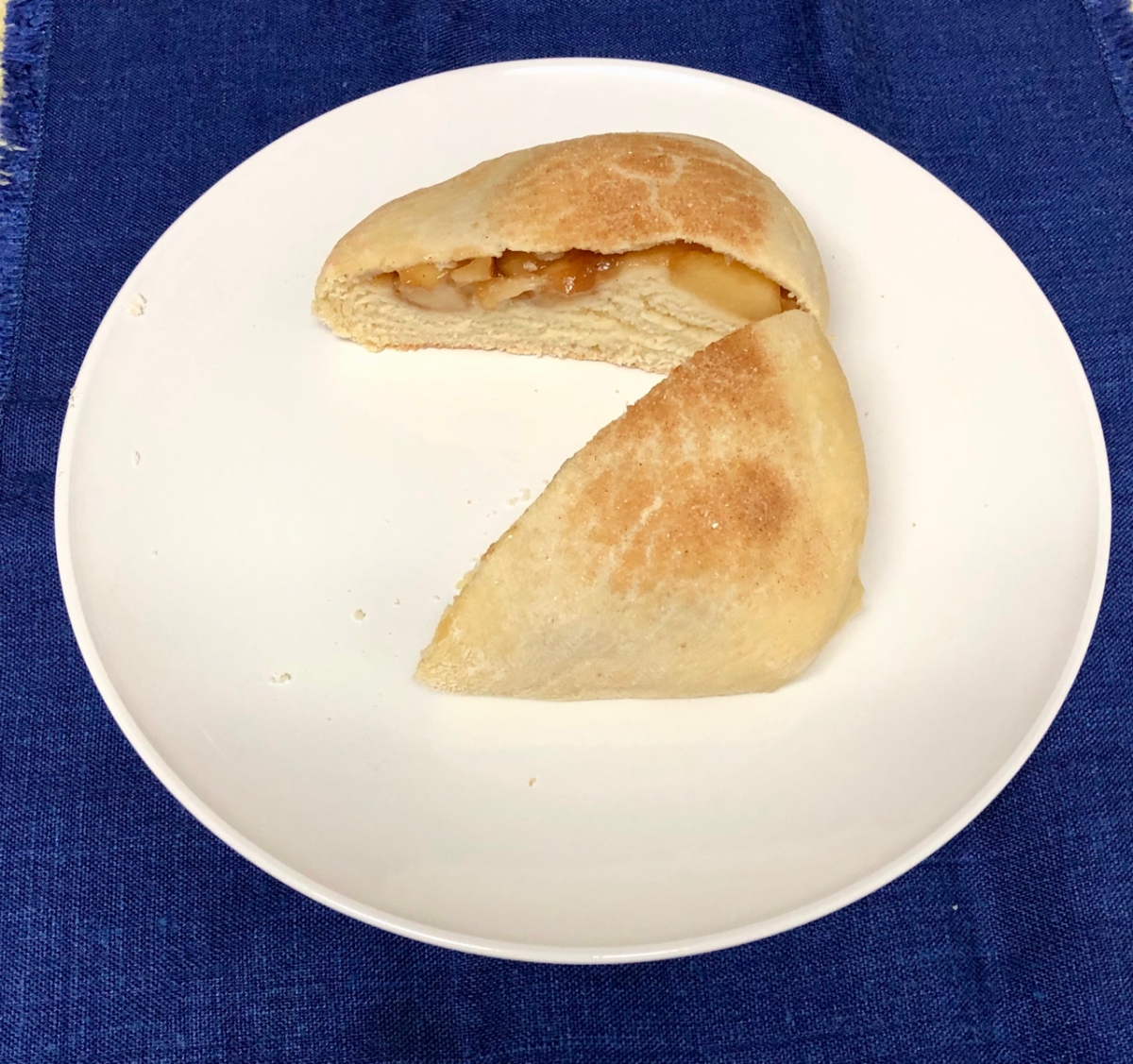 Jerri and I were introduced to bierocks by Jerri’s Aunt Hilda many years ago, when she was living in a retirement community in North Newton, Kansas. When I suggested that we go for a drive, Aunt Hilda said that she would like to stop at Gillispie Meats.

Following Aunt Hilda’s directions, Jerri, her aunt and I were soon at a small meat market on a tree-lined street in Newton, Kansas. Having lived most of my life in Wisconsin, I was familiar with small butcher shops and grocery stores with expert meat crafters who produced fine sausages, hams and bacon, but this was the first one I had encountered in Kansas.

“I want to buy some bierocks for supper,” Hilda said, “and Gillispie’s makes the best ones in Newton. Maybe in Kansas.”

I had never heard of them, and neither had Jerri. “What are bierocks?” I asked.

“They’re buns filled with meat and cabbage,” she told us. “Mennonite women brought the recipe to Kansas along with Turkey Red Wheat when Grant was President. Our family didn’t make them, so that’s why you don’t know what they are,” she told Jerri.

Aunt Hilda was a great cook and loved good food, so we took her advice and bought a half dozen bierocks. They were wonderful. I learned later that Catholic, Lutheran and Baptist women from southeast Russia also brought bierock recipes to Kansas when the great Mennonite migration occurred, so it might be more accurate to say that bierocks are a German/Russian delicacy enjoyed by Mennonites, Catholics, Lutherans, Baptists and anyone else who likes good food.

Traditional bierocks are yeast rolls stuffed with a savory mixture of meat and cabbage or sauerkraut. They are smaller than pasties, but you can always eat two. This got me thinking about how to use up some apples left over from the harvest from a friend’s tree.

What if I used a sweet dough and made bierocks filled with apples? The answer? A delicious variation on a wonderful recipe.

Here is how you can make your very own apple bierocks. They are easier to make than you might think.

Peel and core four or five apples and cut them into quarters. Slice each quarter into half-inch slices and chop them into quarter-inch pieces. You should have about four cups of chopped apples in a mixing bowl. Stir a teaspoon of lemon juice into the apples.

Blend the sugars, cornstarch, spices and salt together in a small bowl.

Bring the water to a boil over moderate heat in a two-quart saucepan. Whisk the sugar mixture into the water and whisk until you have a smooth sauce. Stir in the apples, bring the mixture back to a boil, then reduce the heat and cook the apples for seven to eight minutes, stirring every minute or so. Test a piece of apple for tenderness. Done right, it will have a slight crunchiness.

Remove the pan from the heat, let it cool a minute and stir in the butter and vanilla.

Cover the pan and set the filling aside to cool. You can make it a day ahead of time and store it in the refrigerator until you are ready to make the bierocks.

Bring a cup of water to lukewarm and stir in a quarter teaspoon of sugar and the yeast. Set the mixture aside while the yeast proofs. Put the shortening, the half cup of sugar and the salt into a large mixing bowl.

Turn the dough onto a floured work surface and knead it for three to five minutes until you have a satiny smooth dough. Be careful not to knead too long, or you will incorporate too much flour into the dough. Form the dough into a ball.

Grease the mixing bowl with shortening or non-stick spray and turn the ball of dough in the bowl until it is lightly covered with grease. Cover the bowl with a damp towel, set it in a warm place and allow the dough to rise until it has doubled in size.

Deflate the risen dough and turn it out on a floured surface. Knead it gently for a few seconds, then divide it in half. Return half to the bowl and cover it with the towel. Shape the other half into a log about two inches in diameter and cut it into nine equal pieces.

Roll the pieces into balls and let them rest while you preheat the oven to 350º and line a baking sheet with parchment paper dusted lightly with flour. Melt the butter in a small dish. Blend a half teaspoon of cinnamon into a couple tablespoons of granulated sugar to garnish the bierocks before you put them into the oven.

Form the bierocks by flattening the balls on the floured surface and pressing the dough into a circle. Use a rolling pin to roll the dough into circles seven inches in diameter. Put about a quarter cup of filling in the center of the circle. Bring two sides of the circle high over the filling. Pinch them together, then do the same with the other two sides. Pat the seams together and put the bierock seam side down on the baking sheet.

Brush the tops of the bierocks with melted butter and sprinkle them with cinnamon sugar. Bake them on a center shelf in the preheated oven for twenty-two to twenty-four minutes until they are golden brown. Let them cool at least ten minutes before serving, as the filling is very hot when the bierocks come from the oven. Follow the same steps for the rest of the dough. 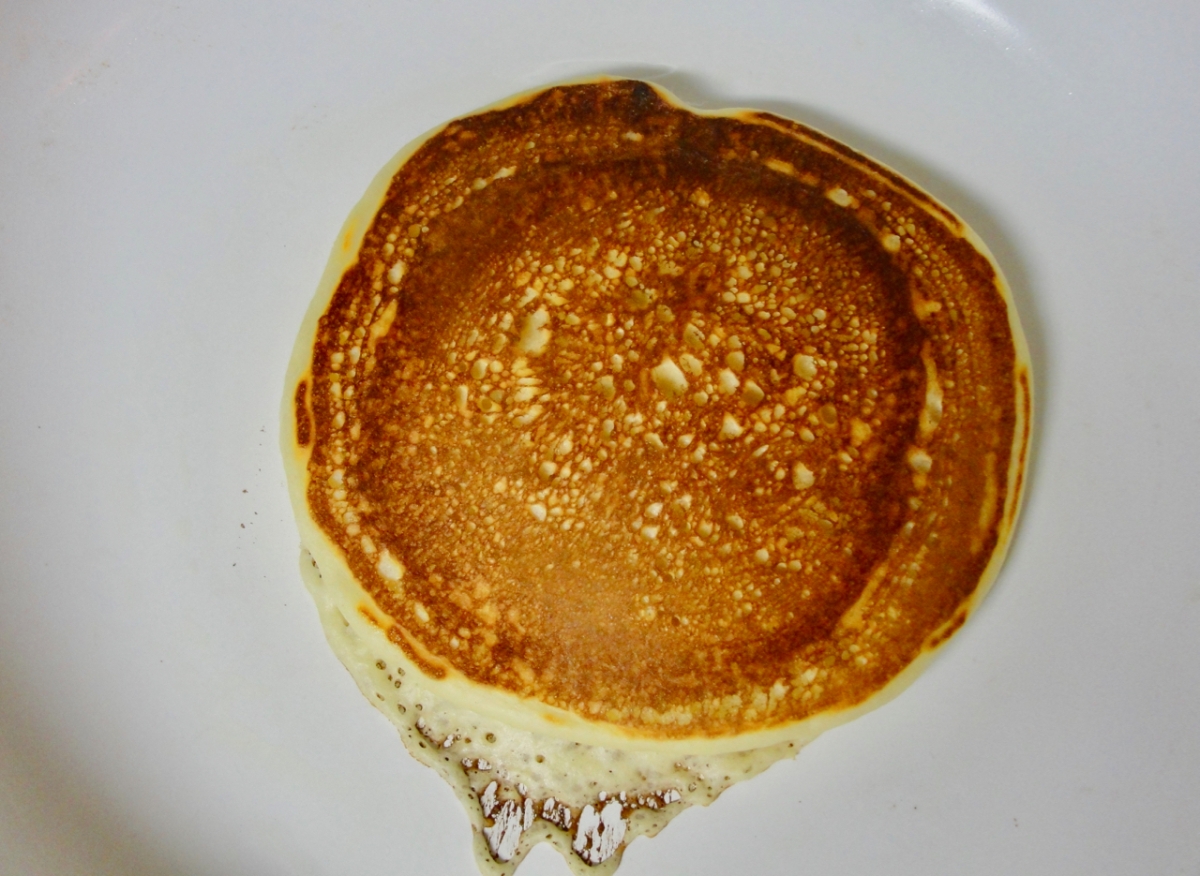 I have never met a pancake that I didn’t like, though I must admit to having favorites. Boxed or bagged pancake mixes are okay in emergencies or when camping, but homemade pancakes are so easy to make and taste so much better that we seldom use mixes today. We never use a mix for buckwheat pancakes. The batter for great buckwheat pancakes must be leavened with yeast overnight. If you need persuading, try my recipe for Raised Buckwheat Pancakes Raised Buckwheat Pancakes.

While we most often breakfast on Buttermilk Whole Wheat Pancakes, when the doctor orders you to begin a low fiber diet in preparation for a colonoscopy, white pancakes go on the menu. Mrs. David A. Bontrager of Haven, Kansas, called these “Plain Pancakes,” when she contributed the recipe to Mary Emma Showalter’s Mennonite Community Cookbook, but there is nothing plain about them, especially once I began making them with some buttermilk. These fluffy cakes are worth making often because they really are fluffy and delicious. This recipe makes nine or ten cakes.

Sift the flour, baking powder, baking soda, sugar and salt together into a mixing bowl. Stir the milk, buttermilk and oil into the dry ingredients until you have a fairly smooth batter. Separate the eggs, dropping the yolks into the batter and the whites into a one quart mixing bowl. 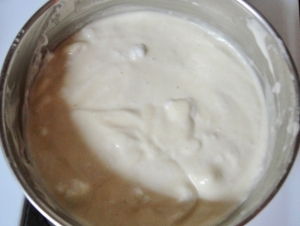 This is not difficult to do, and you can find videos and detailed tutorials online. Here is a photo of batter ready for baking. Note that you can still see a few small globs of beaten egg white in the batter.

Put third cup measures of batter onto a non-stick skillet or griddle over moderate heat (350º on an electric griddle) and cook the batter until the edges turn dry and a few bubbles appear in the center of the cakes. Turn them and cook another minute or so until they are done. Repeat and eat with butter and maple syrup.

NOTES: My mother folded beaten egg whites into various puddings and cakes, but I think that I was actually taught the procedure by my high school French teacher. She taught us how to make chocolate mousse and introduced us to avocados. I have forgotten her name but not her contribution to my culinary education. Equally important, she taught me enough French to pass the Graduate Record Exam years later when I needed certification in a second modern foreign language.

I like a fried egg or a country pork sausage patty with my pancakes. Jerri sometimes treats herself to pancakes with peanut butter, jelly or jam.