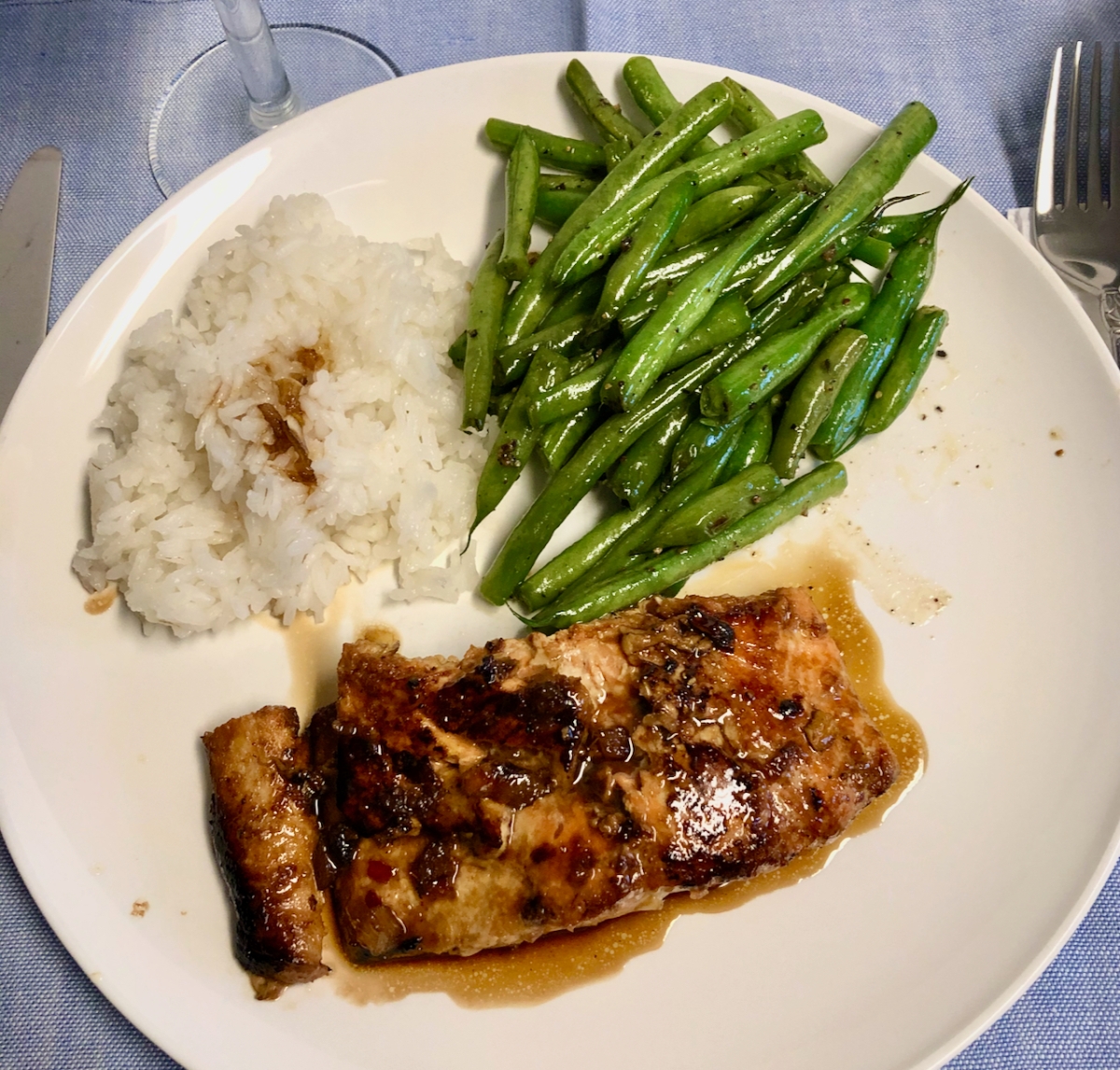 About thirty years ago, Jerri and I decided to treat my mother and father to a fishing charter on Lake Superior.  Since they both loved to fish, I was surprised when they refused the offer.  Dad explained that since he had broken his leg the year before, he wasn’t as steady as he once was.  Thinking on my feet, I told him that we could rent a wheelchair for him. He huffed like an old buck, “Humph, I don’t need a wheelchair.”

Mom’s excuse was even less persuasive than Dad’s.  “Why don’t you take Patrick in my place? Lake Superior is so big that I wouldn’t know how to fish it.  Besides, I like to fish from shore,” she added.

“Mom, it’s a charter.  It’s a thirty-foot boat with a sonar fish finder. The captain sets up the rods, takes us out on Chequamegon Bay until he finds a school of fish then trolls the baits.  We take turns reeling in the fish.  Come on,” I pleaded.  She turned out to be a pushover.  We had snagged our two anglers.

When I called Captain Dave to reserve a date, he told me that his boat had room for six people at no extra cost.  We invited my brother-in-law and sister to join us and confirmed the date with Dave.  Three weeks later our Captain met us at the dock in Washburn, Wisconsin.  It was a beautiful morning with a light breeze and puffy clouds.

After a short pause, Mom walked up the gangway and watched Dad follow her onto the deck. They sat down and leaned back against the railing.  Dave warmed up the engine and I cast off the bow line when he gave the order.  We were under way.  The wind became a little stronger as we moved out of the harbor and there was a light chop on the water.  A perfect day for fishing, I thought, until I realized that Mom did not look very happy.

Before I embarked for Germany as a graduate student in 1965 on the SS Berlin, I had researched seasickness.  I learned three useful facts.  First, seasickness was known to the ancient Greeks, who gave us the word “nausea” from their word for ship (naus) to describe the symptoms.  Second, seasickness is caused by actual or perceived motion.  And third, stay on deck and study the horizon if you feel seasick.

I can testify that some people suffer from seasickness without venturing far on the water.  They think that when they are in a boat, it is moving, and that makes them feel nauseous.  I saw this first hand when I boarded the Berlin in New York City. A woman was vomiting on the deck of the ship still securely docked at the pier.

Mom’s case was different.  We were several miles from the dock and getting farther away every minute.“Mom,” I said, “are you okay?”

“Probably something I ate,” she answered.

“I think you might be seasick,” I told her, and suggested that she might feel better if she walked on the deck and looked at the scenery.  Her solution was was to go into the cabin and look out the windows.  When I checked a few minutes later, she said that she felt better, so I told Dave we could continue our trip.

When Captain Dave reached the area where he expected to find salmon, he slowed the boat, rigged the rods and watched the sonar screen.  In a few minutes  a fish hit one of the lures, and as the senior member of the team, Dad landed his salmon.  A few minutes later another rod bowed, and I opened the door to the cabin to find Mom looking worse than she had an hour earlier.  “Mom, there’s a fish on your rod.  You have to land it.”

She did not look like the excited mother I remembered when she got a six-inch panfish on her casting rod.  “I don’t feel very well, so you just do it for me,” she replied.

She climbed the the steps carefully and gingerly took the rod Dave handed her, but when the salmon jumped out of the water, her fishing instinct took over.  The whole boat trembled as she shook with excitement.  We have a photograph of Mom and her salmon. She has a big smile, proof that catching a salmon can cure seasickness.

That fishing trip was long after I ate my first serving of salmon when I was just a toddler.  That salmon would have come out of a can, been mixed with onions, crackers and egg and baked into a loaf by my mother.  I am pretty sure that I first had fresh salmon was when I was in college.  Today, I love salmon whether it’s baked into loaves, made into soup, grilled over charcoal or fried with this marinade.

Make the marinade first.  Remove the paper from the garlic cloves and mince them.  In a small mixing bowl, whisk together the garlic, one tablespoon olive oil, soy sauce, marmalade, mustard, red pepper flakes and smoke flavoring

If necessary, remove the skin from the salmon.  Put three or four serving-size filets in a sealable plastic bag.  Add half of the marinade, seal the bag and massage the filets until all of them are coated with the marinade.  Put the bag in the refrigerator and let the filets marinate for about an hour.

When you are ready to cook the salmon, coat a non-stick skillet with a tablespoon of olive oil over medium heat.  Put the filets in the skillet and sauté them for two to four minutes.  Turn the filets and cook them for another two to three minutes.  Test for doneness after two minutes.  If the fish flakes, the salmon is done.

Remove the filets from the pan and tent them in a warm serving dish.  Add the reserved marinade (not the marinade in the bag) to the skillet, raise the heat and reduce the volume by half to create the sauce.  Place the filets on plates and spoon sauce over them.

Serve with a good Chardonnay or Viognier.  If you don’t have either of these wines on hand, you could substitute a Sauvignon blanc.

Serve with simple side dishes that won’t distract from the flavor of the salmon.  White rice and green beans or asparagus sautéed in a little olive oil and lightly seasoned with salt and pepper are good choices.

One thought on “Salmon with Ginger Marmalade”