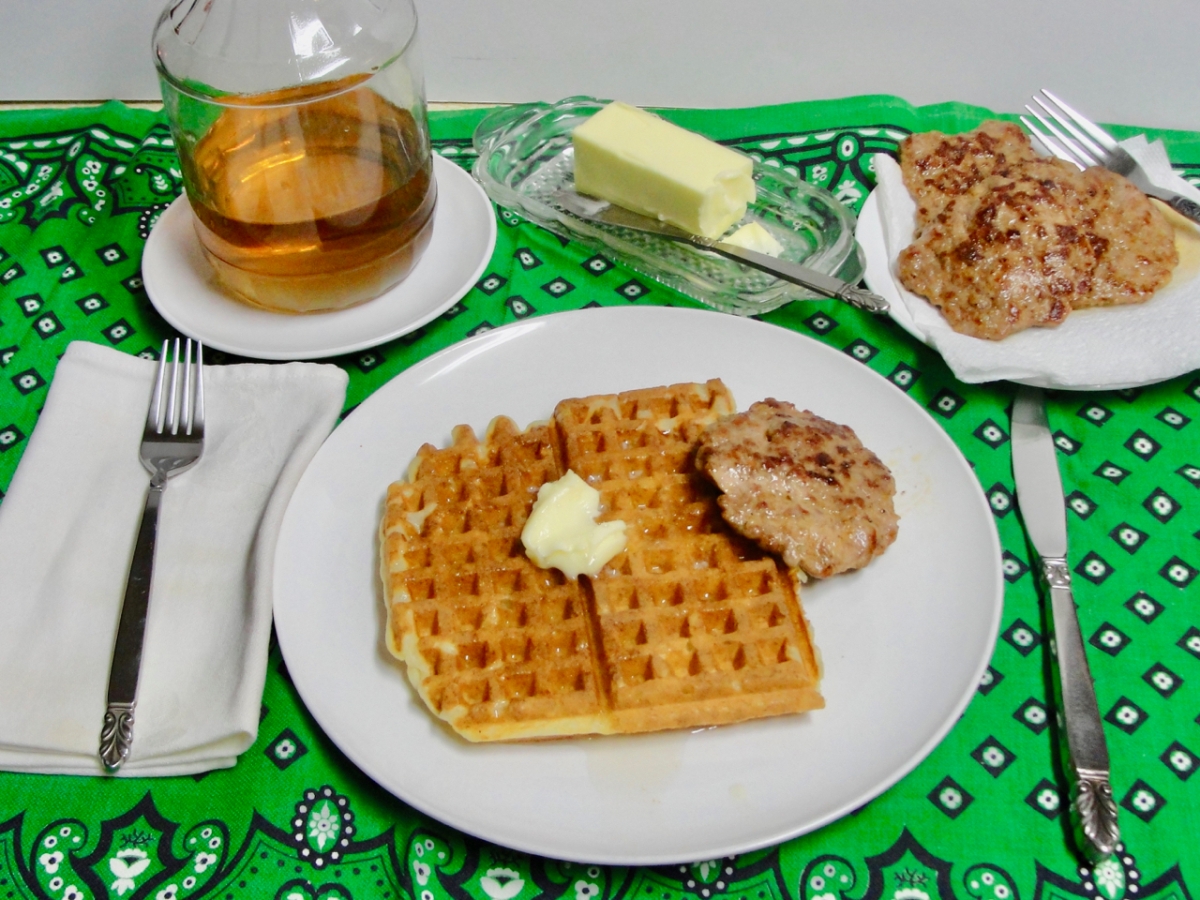 I found this recipe in a cookbook that makes me uncomfortable. The Southern Cook Book of Fine Old Dixie Recipes was published in 1935 by Lillie S. Lustig, S. Claire Sondheim and Sarah Rensel. Chances are good that I would have enjoyed meeting these ladies and tasting some of the dishes they cooked from recipes in this little book.

If our meeting had occurred in the 1930’s I doubt that I would have thought the authors were prejudiced against blacks or that the drawings and snippets of poetry that accompany the recipes were racist. However, when I read

“There was a little Alabamy coon
An’ he ain’t been born very long:”

illustrated by a sketch of a black baby held by his mother, I think that most Americans today would agree that calling a human being a coon is disgusting.

I have met and interacted with people in states formerly part of the Confederacy who were racists, but I also know southerners who sent their children to public schools rather than Segregation Academies. We have elected Presidents who fought for civil rights for all citizens and used their bully pulpit to denounce racism. Four of them were from states that fought to preserve slavery—Missouri, Texas, Georgia and Arkansas.

Our country is a better place today than it was eighty years ago because thousands of brave people have risked their lives to fight racial injustice. I have known one of them personally. Ed Ketcham, a former minister at our church in New Richmond, was one of the freedom riders in Alabama. Before our evenings of duplicate bridge in Woodbury, Ed shared some of his memories of that summer in 1965.

There are people like Ed still fighting to make our country even better. They are women like Heather Heyer, who was killed in Charlottesville, Virginia, last summer. They are young athletes like fifteen-year-old Anthony Borges who was shot five times while blocking the door to a classroom at Marjory Stoneman Douglas High School. They are the thousands of students demonstrating to make our schools and country safer in spite of the insults and threats from people who disagree with them. Fifty years from now, our great grandchildren will shake their heads when they learn about the things we think are important today.

We are all part of the times we live in. Understanding this, I can appreciate the genius of the founders of our country, even though many of them owned slaves; the courage of the pioneers who settled the wilderness, though they stole the land from its native inhabitants; and the poetry of T.S. Eliot in spite of his anti-Semitism.

Thus, I think that we need to recognize the contributions of all Americans, even those from people whose prejudices we find objectionable. Blacks, whites, reds, browns and people of every shade between have enriched our country and our lives, and that includes the ladies who compiled the Southern Cook Book of Fine Old Dixie Recipes. Here is a tasty variation on waffles from their book.

Bring the water to a boil in a small saucepan and stir the corn meal in gradually. Cook it for about fifteen minutes, stirring occasionally.

Bring the eggs and milk to room temperature while the corn meal is cooking, and melt the butter. Preheat the waffle iron.

Transfer the cooked corn meal to a mixing bowl and stir in the milk. Sift the flour, sugar, baking powder and salt into the liquid ingredients by thirds, stirring well between each addition. You can add a little extra milk if the batter is too thick.

Separate the eggs. Stir the yolks and butter into the batter and beat the whites to stiff peaks in a medium-sized mixing bowl. Fold the beaten egg whites into the batter.

Bake the batter in your waffle iron until each waffle is puffed and golden brown.

Serve with butter and maple syrup.

NOTE: If you are looking for a waffle recipe that doesn’t include corn meal, here is one for Mennonite Waffles.